In conversation with Asha De Vos

Protecting blue whales, oceans and inspiring the next generation of marine biologists

“I was one of the little dreamers and I loved to be outdoors. I love water and I used to read the National Geographic magazines and it was a dream for me,” says Dr. Asha De Vos, marine biologist and ocean educator who has spent most of her life at sea, studying about blue whales in the Northern Indian Ocean. Her dream is to be a voice from a part of the world that is rarely listened to. Having initiated the Sri Lankan Blue Whale Project for nine long years, Asha believes that much more needs to be done in terms of marine conservation and protecting these giant creatures in particular. Asha will be delivering the Wildlife and Nature Protection Society (WNPS) lecture this Thursday on the topic ‘Blue Whales in a Changing World’. Keeping this in mind, Life Online sat down to have a casual conversation with this passionate blue whale and ocean lover. 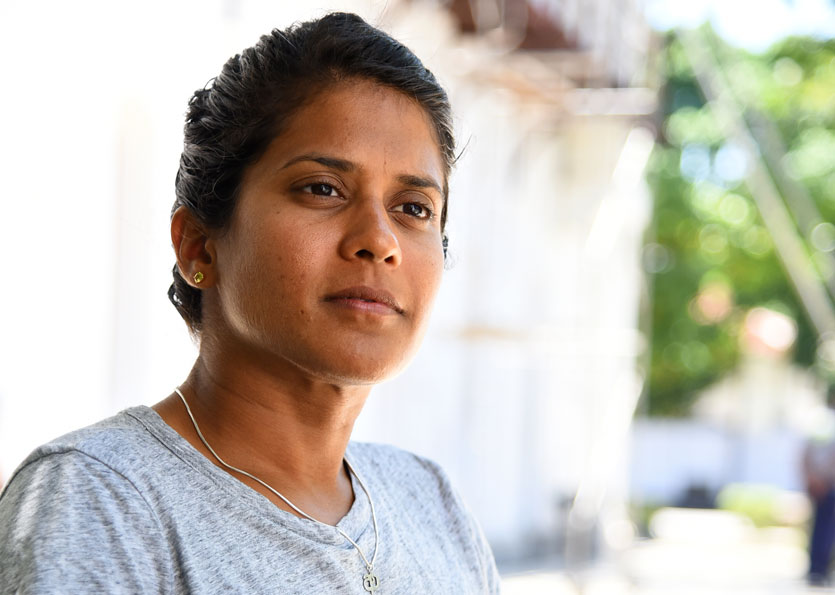 Tell us a little about yourself.

I’m a marine biologist and ocean educator and my project is titled the ‘Sri Lankan Blue Whale project’ which is Sri Lanka’s first long term research project of the Northern Indian ocean. I have been running this project for nine years now. It has been quite challenging to understand these whales because I found that they were not migrating from their territory. They have adapted to their specific areas and that made me be more concerned about how the threats in these areas would affect them. My research is mainly focused on conservation but what is quite fascinating about this species is that it captures the audience’s imagination and I use that aspect to educate the people about oceans in general. In terms of my research one of the main things that I have been focusing on was the problem of ship strikes. This is one of the biggest threats they face in our waters where they get hit by ships and get killed. They are an important natural resource in our country and we have a whale-watching industry that is totally dependent on these animals. So what we need to think about is what threats they are facing and how do we actually protect these animals.

What are the threats that they face right now?

The biggest threat they face is the issue of ship strike but the problem here is that people don’t actually see it and often-times people would deny it. The South Coast of Sri Lanka is one of the busiest shipping lines in the world because everything from Singapore to Dubai goes through this route. If you have whales in an area that is frequented by ships it’s inevitable that whales are going to be killed. This is what is called a ‘Population Level Threat’ which means that if a whale and ship interact the whale is going to get killed and this would diminish their population sizes. In fact what’s interesting about this issue is that it’s quite resolvable as far as conservation issues are concerned. It is a matter of separating the whales and the ships. Whales come close to our shores to feed therefore these areas should be protected. 90% of the vessels just bypass our shores and they don’t come in to our shores and therefore they are basically polluting and using our waters but we don’t get anything from them. If we shift our shipping lanes just 20km offshore, if they are actually moved away from the feeding areas we could have a positive impact. The 10% that have to come in to the shore could be slowed down in specifically defined areas the chance of them killing a whale is much lower. These are the things that need to be considered.

I wanted to be an adventurer scientist from the age of 6. I was one of the little dreamers and I loved to be outdoors. I love water and I used to read the National Geographic magazines and it was a dream for me. I therefore thought that there was an adventure out there which I wanted to be a part of. Those dreams grew as I became a swimmer and by 18 I was applying to university to become a marine biologist. So those are the little things that influenced along the way. I used to go for puppetry classes and these classes were conducted under a blue whale skeleton at the National Museum. I used to look at the skeleton and think what an incredible animal it was. At my swimming club I used to meet Arthur C. Clarke who came to Sri Lanka to dive. He used to tell me about his adventures and how he would see things and they would just go past but he actually didn’t know what they were. I think that the ocean is an unknown space locally but if you take it globally it is about 70% of our planet and about 5% of it has been explored. I want to bring up these stories and create an understanding among the people because we are dependent on the ocean. 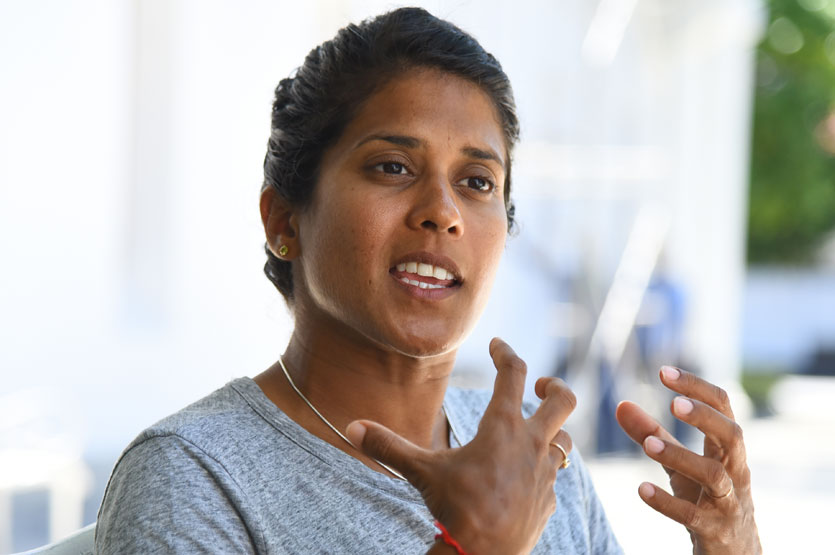 What’s the current status of your project?

I got the idea to start the research in 2002 where I was working on a research expedition and it was where I saw these blue whales. I spent years writing proposals and finances and thinking of ways to kick-start this project and finally in 2008 I had some pocket money so I used to go on the whale-watching boats. It has kind of grown since then and right now I’m in the process of establishing the first marine conservation research and educational organization in Sri Lanka called the ‘Oceanswell’. The Sri Lankan Blue Whale project is now a part of Oceanswell. Through Oceanswell I want to continue to do this exciting research while giving an opportunity for local students also to experience what it’s like to work in this field and also create more awareness. We can therefore start to care for our own resources.

How do you get the funding for these projects?

Everything is independently found and there are a few fellowships which I am entitled to many funds, but I have some already. I have had funding from National Geographic and I’m Sri Lanka’s first PEW fellow in marine conservation and it’s the most prestigious marine conservation award. It’s not easy but I’m quite passionate about the work.

What are the challenges you have faced?

First of all when I started this nobody even listened to me. When I did my Masters and came back in 2004 I was the only person who had the educational background in this field. I went to meetings and people would ignore me. Maybe this was because I was too young and too female. People are not willing to be open-minded. We should be looking at how to progress rather than making progress about ourselves. Financially it has always been challenging. Also if you do something unusual people are jealous about you and there have been instances when people threatened me, sent hate mail to me. But I’m doing this for my own country and I don’t have any fears.

The most important thing right now is to establish this organisation so I want to get Oceanswell off the ground. I also want to branch off into other projects. There are a few other projects related to marine conservation. I want the work to be grounded in science but to help to make decisions that are going to benefit the country. I’m also passionate about education bringing in marine conservation, marine ecology and these sciences to Sri Lanka in an exciting and interesting way and giving students the opportunity to experience it.

Asha will be delivering the WNPS monthly lecture this month at the BMICH on March 16, 2017 at 6:00PM. This event is open to all members and non-members of the WNPS and admission is free-of-charge. 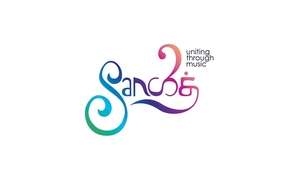