The recently concluded Asian Netball Championship became the topic of discussion as our girls emerged champions. With a striking height of 6’10” Tharjini Sivalingam is no stranger to the netball arena in Sri Lanka. Having started her netball career in 2004, Tharjini has strived to bring glory to the country expecting nothing in return. Hailing from Evinai, Punnalaikadduvan, Jaffna, Tharjini and her family have had troubled beginning especially during the height of the war. Under the captaincy of Chathurangi Jayasuriya, the team managed to show true Lankan colours to the rest of the world.

Hence we spoke to Chathurangi and Tharjini as they shared their experiences, challenges and also their thoughts about the future of netball in Sri Lanka. 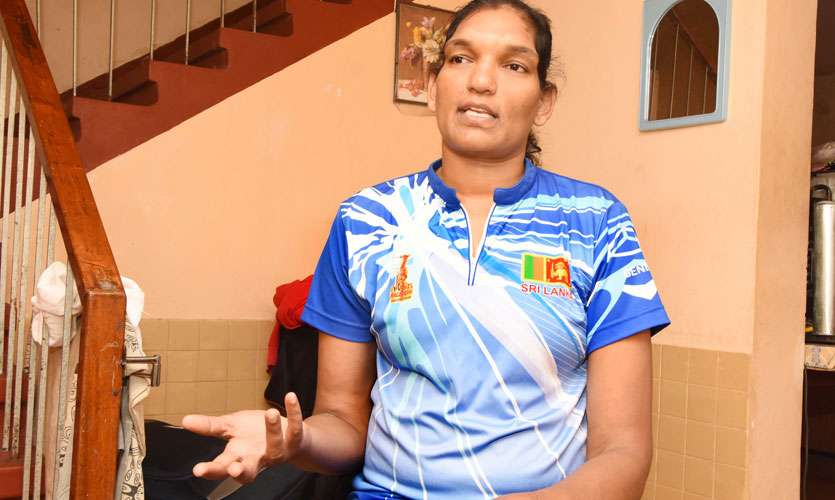 Tharjini has had her primary education at Vajavalan Central College. Since 1994, Tharjini and her family had been moving from place to place but this didn’t stop Tharjini from moving towards her dreams. She completed her A/Ls and was determined to pursue a degree in Economics at the Eastern University, Batticaloa. Eventually, her entry into netball back in 2004, changed her life for the better.

Q: How did netball change your life?
A: In 2004, I was asked to participate in an open netball tournament in Vavuniya.
When I started playing netball my parents and family had a fear that I will give up on studies. But they extended their support and I was able to complete my studies. After I started playing netball, I got a job at the Seylan Bank in 2005. But during that time I was a student and I told them about my commitment to netball and the difficulties I faced. Then they agreed to help me complete my studies.

Q: What were the challenges you faced during this journey?
A: Back in the day we didn’t have internet or telephone connections. So it was via letters and other manual methods of communication that we were able to recover from the loss. There were issues regarding shoes and other essential equipment which we needed for training. We need three pairs of shoes for training purposes but they are very costly. However, since I play for Australia in league tournaments they came forward to sponsor for my shoes. Most of our players need to get their shoes from abroad because they are tall and the shoe sizes don’t match those available in local markets. Another challenge that we still have is trying to find sponsors.

Q: Tell us about your involvement in international tournaments.
A: I play at the Victoria and Geelong league tournaments. In Australia, they have competitions and this way all players get a good experience to face a bigger match. I think this should be done in Sri Lanka as well. Right now we have two matches during the weekend but it should be continued. Every other country has started this approach for the betterment of the players.

Q: How did you feel when you were about to face the semi-final round at the Asian Championship?
A: The opponents were a skilled team and they all were experienced players. The biggest challenge was in the fact that all four teams wanted to be selected to the World Cup. So we all had the same target. They had a long term plan whereas we had a very short term one. When we won I was genuinely happy and proud because it was something I couldn’t achieve during my captaincy back in 2012. But we were able to go to their country and bring the trophy back to our country. You may be proud of the win but all our girls have faced numerous challenges in their lives.

Q: Isn’t your height a major challenge in your life?
A: It is a challenge to my entire life although it is an advantage to the country.

Q: What should the authorities do to keep up this momentum?
A: They should treat us like professional players. As such they should look at paying us well and giving us accommodation, nutrition and other facilities. Each player should have a sponsor. The players’ well-being is of utmost importance but right now it is a neglected aspect and this is a responsibility of the administration.

Q: What is your message to fellow women in the country?
A: Everybody gives prominence to men but they should know that women are also capable of anything. So women should learn to accept the challenge and move forward in life. 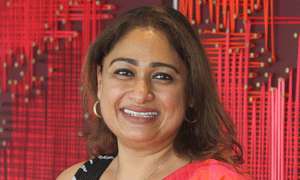